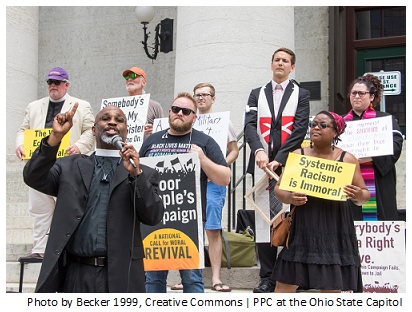 In April the Institute for Policy Studies (IPS) and the Poor People’s Campaign (PPC) released a 123-page comprehensive analysis of the American experience of marginalized peoples within our borders. The Souls of Poor Folk  addresses racism, poverty, and the war economy, and stands as a re-launch and renewal of the 1968 Poor People’s Campaign begun by Rev. Dr. Martin Luther King, Jr., Ralph Abernathy, and the Southern Christian Leadership Conference. Our Capuchin brother Cardinal Sean O’Malley participated in that original campaign, and today Capuchins and other religious are challenged to get involved as they are able. The movement will be continuing past the June 23rd March to Fight Poverty on the National Mall, and individuals can keep updated by visiting poorpeoplescampaign.org.  Reviewing the audit will help us in our daily work as Capuchin friars ministering to those on the margins as we work to repair and rebuild relationships of justice. Consider these staggering findings from the report: 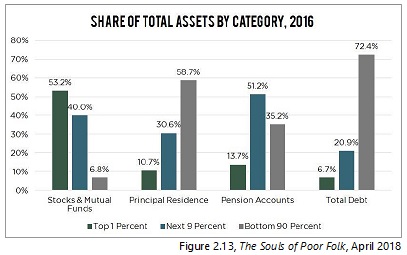 Debt- “Medical debt is the number one cause of personal bankruptcy filings, with an estimated 40 percent of Americans taking on debt because of medical issues.” Student debt now amounts to $1.34 trillion and affects about 44 million Americans.”

In the past five weeks, national protests organized by the PPC have resulted in nearly 2,000 people arrested for non-violent civil resistance, and the campaign has assembled thousands of supporters at over 30 state capitols. One of the great strengths of the movement has been its unifying spirit of persons across the lines of gender, color, faith, socioeconomic and employment status.

Campaign organizers point out that this movement is not a commemoration but a continuation and a building up of the original movement's call for systemic justice. It is an antidote to the ‘divide and conquer’ paradigm that too often separates impacted peoples across lines of exaggerated distinction, thus strengthening the growth of injustice for all. As the report states, “During slavery, Harriet Tubman and Frederick Douglass and some Quakers and white evangelicals got together and formed a fusion movement that brought about abolition. When women didn’t have the right to vote, Sojourner Truth and Elizabeth Cady Stanton got together, and they stood together until suffrage was won. Every major social movement in this nation’s history has won, in the end, because a moral, fusion coalition came together and refused to stand down in the face of tyranny. It’s our time now.”

Author’s Note: The Province of St. Joseph of the Capuchin Order supports the PPC only in areas that are consistent with the views and teachings of the Roman Catholic Church. All statistics are excerpted from The Souls of Poor Folk.

We invite you to stay connected with the Capuchin Friars and their ministries. We have newsletters, e-news, reflections and more.