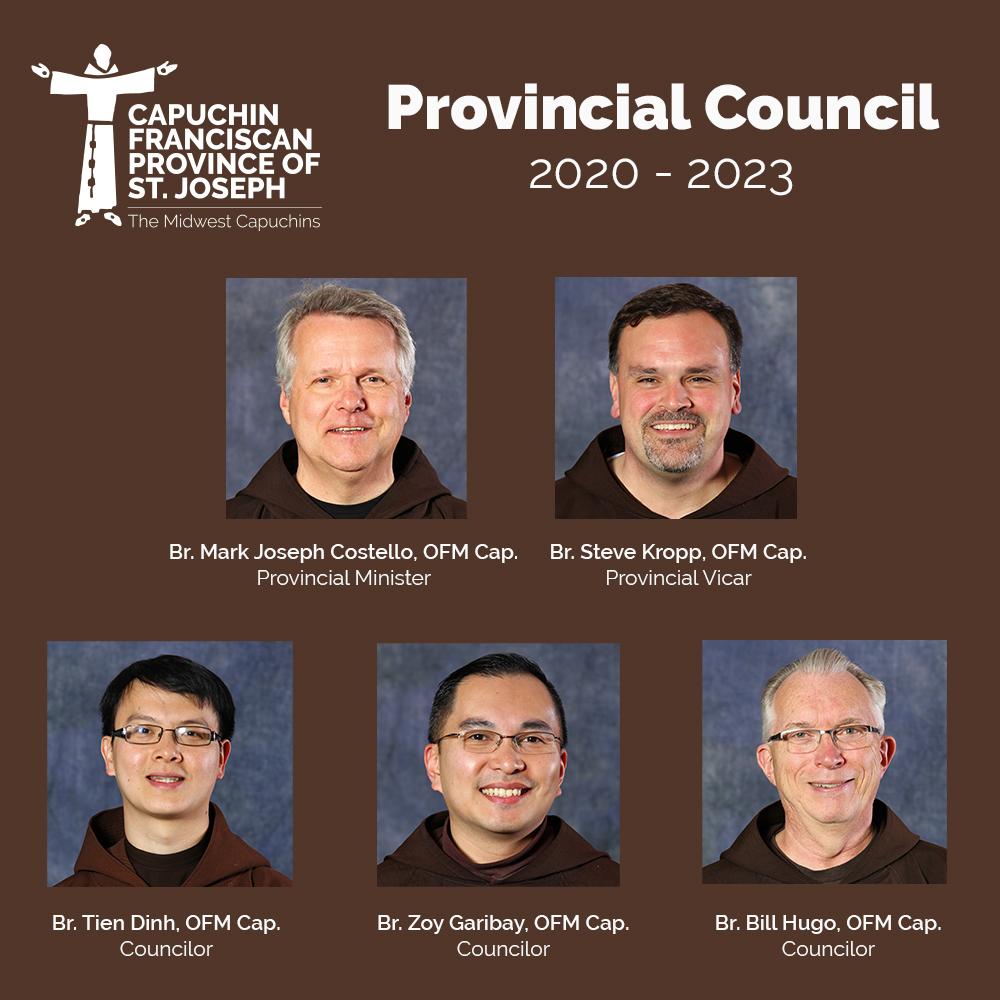 Capuchin friar Mark Joseph Costello has been appointed Provincial Minister to lead the Capuchin Franciscan Province of St. Joseph for the next three years.

Costello, a native of Fond du Lac, Wisconsin, entered the Capuchin order in 1982 and was ordained a priest in 1991. From 2015 until his appointment as Provincial Minister, he served as pastor at a number of parishes on the Crow reservation in Montana.

In addition, a new provincial council has been appointed to advise the Provincial Minister. The council is made up of Provincial Vicar Steve Kropp, and Councilors Bill Hugo, Zoilo “Zoy” Garibay and Tien Dinh. These friars minister in different geographies and capacities throughout the Province. Br. Kropp served as Provincial Vicar under the previous administration while simultaneously ministering as Director of Formation for Post Novitiate and Ministry Formation. In 2021 he became Director of the Solanus Casey Center. Br. Bill Hugo was formerly director of the Capuchin Soup Kitchen and is now the Guardian of St. Bonaventure Monastery. Br. Zoy Garibay is rector of St. Lawrence Seminary in Mt. Calvary, Wisconsin. Br. Tien Dinh ministered as associate pastor at St. Dennis Parish in Crow Agency, Montana and is now Assistant Executive Director of the Capuchin Soup Kitchen in Detroit.

Established at Mt. Calvary Wisconsin in 1857, the Capuchins are an international community of friars modeling themselves after St. Francis of Assisi.  The brothers of the Capuchin Franciscan Province of St. Joseph, headquartered in Detroit, serve in a variety of ministries including social service, schools, chaplaincy, retreat house and parishes in Michigan, Wisconsin, Illinois, and Montana.