Our Capuchin authors have written books that cover a range of topics....including history, religion, spirituality, Franciscanism, and more.  Authors are listed alhpabetically.

Lester Bach OFM Cap made his first profession in the Capuchin Order in 1950 and was ordained in 1957. He worked with the formation program with Capuchin Brothers as well as sharing ministry in a parish, worked with the Cursillo and Search programs, and served as chaplain at a county nursing home. He worked with the Secular Franciscans since the 1960s. Br. Lester ministered at retreat houses for many years. He served as director of the House of Prayer as well as serving as Provincial formation director for the province of St. Joseph. For several years, he worked with ISAIAH 43 preaching parish missions. He continued that work with Missions 2000. He served as Provincial Spiritual Assistant to the Secular Franciscan Order as well as serving on a regional council of the SFO. He served as the Capuchins delegate on the Conference of National Spiritual Assistants (CNSA). He authored several books on SFO Formation and Franciscan spirituality and one devoted to scripture. Br. Lester passed away in 2020. 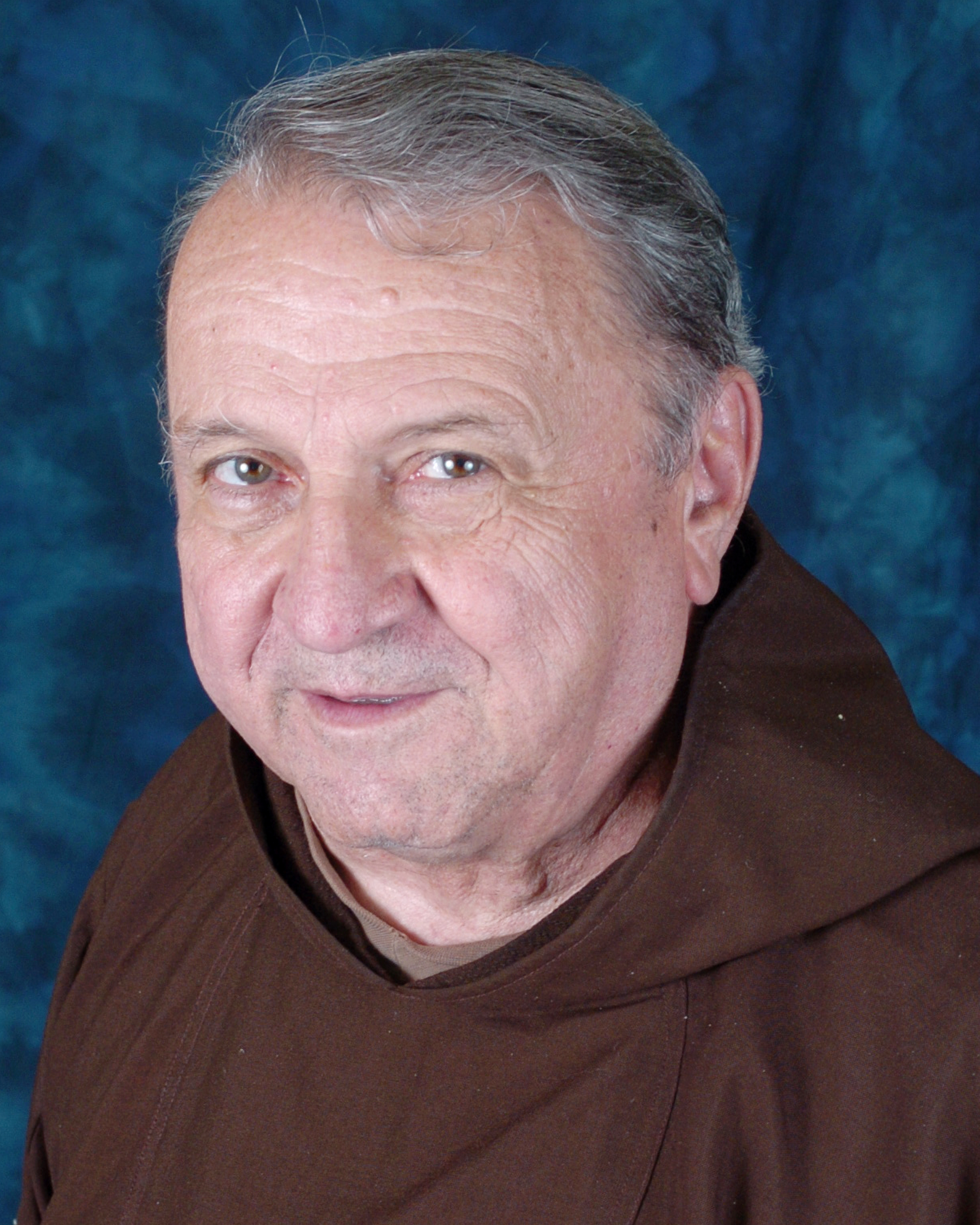 Campion Baer attended St. Lawrence Seminary at Mt. Calvary, Wisconsin and completed the traditional study path of Huntington, Indiana, Garrison, New York and Marathon, Wisconsin. Campion received a Ph.D. from the University of Notre Dame and a Dip. Ed from Oxford University, England. He then spent many years teaching college at Crown Point and at Calument College of St. Joseph. In 1975, he was named co-pastor of St. Joseph in Appleton and in 1979 he was appointed the first Capuchin pastor of St. Mary's in Marathon, Wisconsin. During the late '80's he served as pastor of St. Anthony Parish in Saginaw. In 1991, he came to St. Lawrence Seminary where he taught and served as academic dean. Following that, he served the Capuchin Missions as Mission Secretary. Campion also served for 15 years on the Provincial Council and headed the Office of Continuing Formation for 12 years. Br. Campion passed away in 2016. 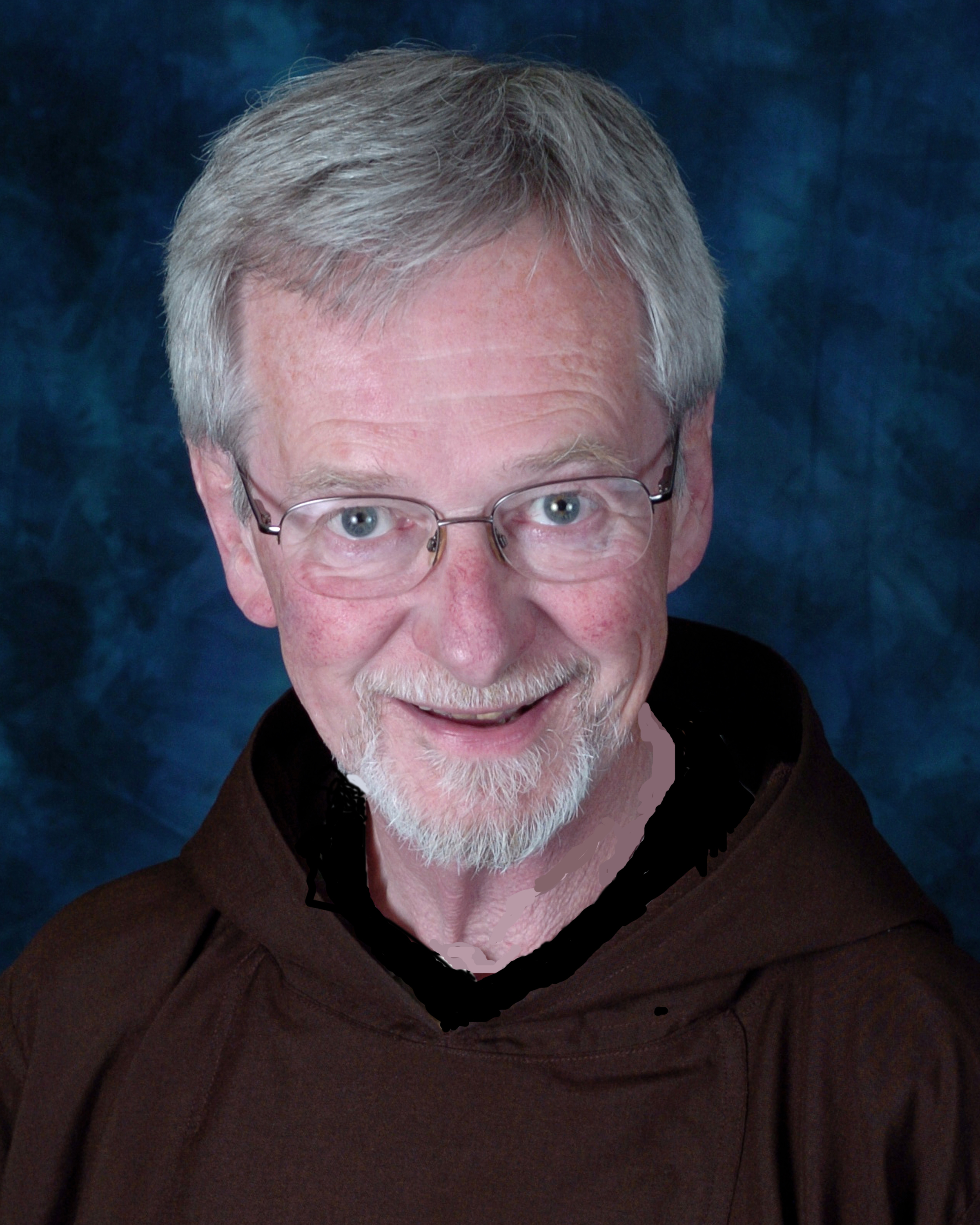 Michael H. Crosby belongs to the Midwest Province of the Capuchin Franciscans. He lived in fraternity with other brothers serving the poor in Milwaukee's downtown area. He has a masters in economics (1985), an STL (1990), and a PhD in Theology (1989).  Mike's ministry was twofold: three-fourths spent writing and speaking about biblical spirituality geared for our "First World" society. The other involved leadership in the corporate responsibility movement, advising investors concerned about using their monies to promote social change. Br. Mike Crosby passed away in 2017.

Books authored by Mike Crosby-Ordering information can be found at: michaelcrosby.net

The Dysfunctional Church
Rethinking Celibacy, Reclaiming the Church
Celibacy: Means of Control or Mandate of the Heart?
The Prayer That Jesus Taught Us
Spirituality Of The Beatitudes
House of Disciples
Do You Love Me? Jesus Questions The Church
The Seven Last Words
Solanus Casey

A member of the Province of St. Joseph of the Capuchin Order since 1966, Fr. Edward was ordained a Roman Catholic priest in 1975.   He earned an M.Div. (1975) from St. Francis School of Pastoral Ministry in Milwaukee, an M.M. in choral conducting (1975) from the University of Wisconsin at Milwaukee, an M.A. in liturgical research (1980), an M.A. in Liturgy (in course, 1983), and the Ph.D. in Theology (1987) from the University of Notre Dame.  A specialist in worship and the arts, Foley identifies himself as a practical theologian.  To date he has authored or edited 23 books, with two more in process: A Handbook for Catholic Preaching for which he serves as general editor, and Connecting the Dots: Integrating Work in Theological Education, edited with Kathleen Cahalan and Gordon Mikoski.

Foley has also authored over 300 chapters in books, scholarly and pastoral articles, and reviews in such collections as The New Grove Dictionary of Music and Musicians, and Religion in Geschichte und Gegenwart and in journals such as The Journal of Practical Theology, Liturgisches Jahrbuch, La Maison-Dieu, Revue Bénédictine, Speculum and Worship. He sits on a number of editorial boards.

A Commentary on the Order of Mass of the Roman Missal: A New English Translation.  General Editor. Collegeville: Liturgical Press, 2011.

A Lyrical Vision: The US Bishops' Music Documents.  Collegeville: The Liturgical Press, 2009.

Commentary on the General Instruction of the Roman Missal.  General Editor with Nathan Mitchell and Joanne Pierce.  Collegeville: Liturgical Press, 2007.

Journey to Holiness: A Pilgrimage Through the Solanus Casey Center.  Detroit: Province of St. Joseph, 2007.

The Wisdom of Creation, ed. with Robert Schreiter.  Collegeville: The Liturgical Press 2004. 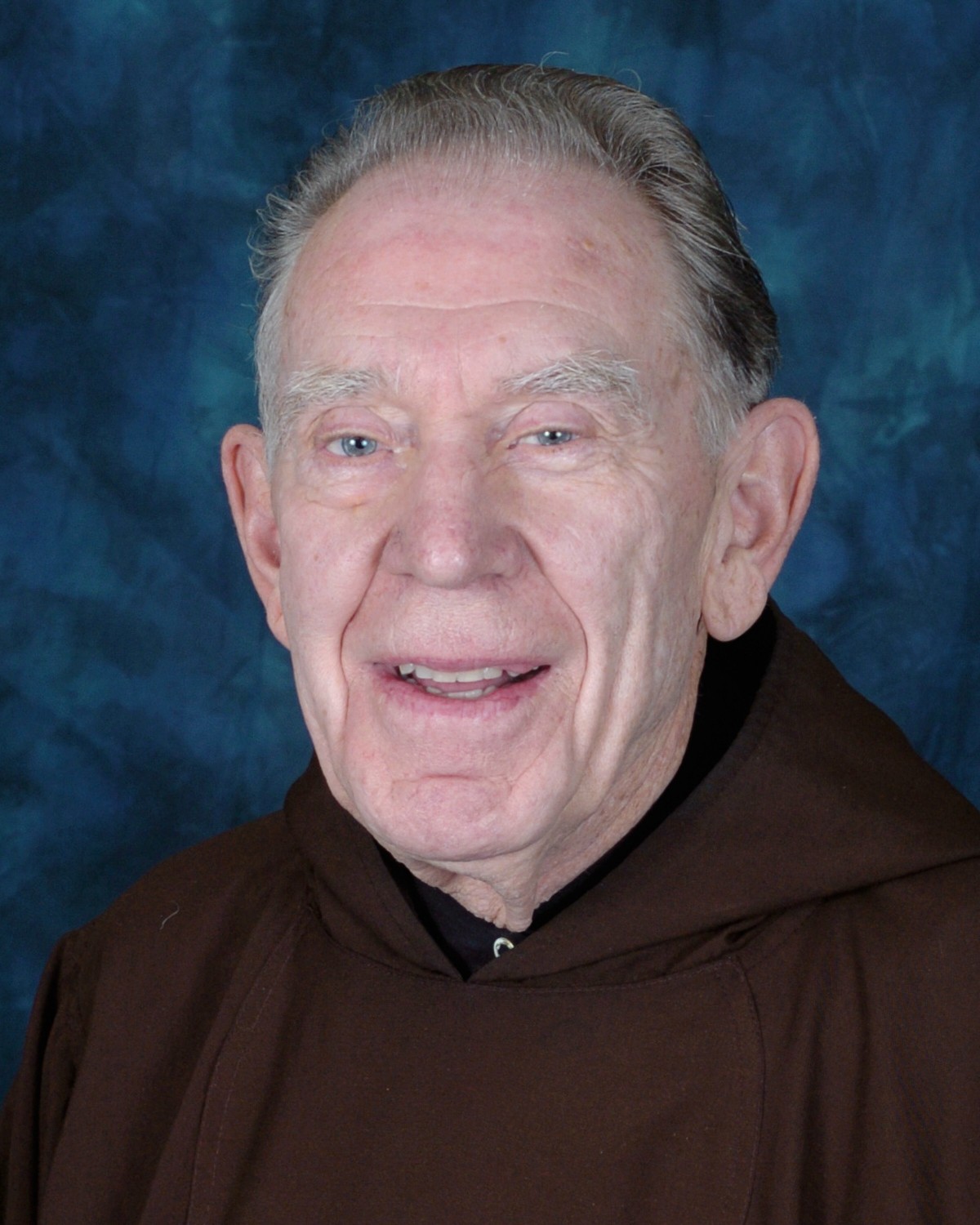 Edging God Out
Powerlessness:  Passion for the Possible
How Christian Are You?
Preaching:  The Secret to Parish Revival
Preacher as Risk Taker 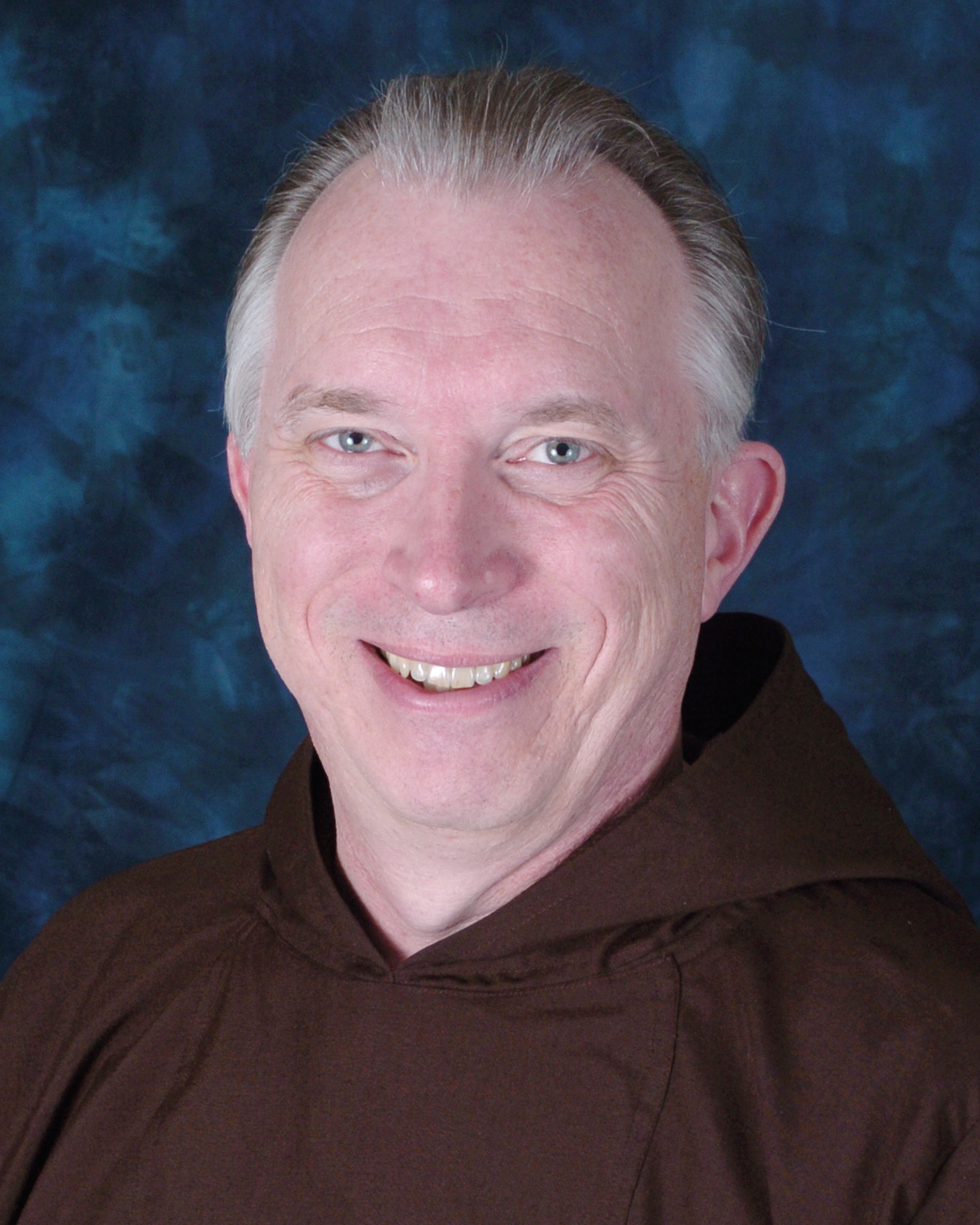 William Hugo has ministered in initial formation since 1980 and taught the life of Francis of Assisi for over twenty-six years to Capuchins at various levels of formation and to Secular Franciscans. He was editor of The New Round Table, a journal of Capuchin spirituality and history, for seven years and is currently ministering at the Solanus Casey Center in Detroit.

Studying the Life of Saint Francis of Assisi, A Beginner’s Workbook (2nd Edition)
Hugo’s workbook is a proven resource that has guided people at all academic levels through a study of the life and writings of Saint Francis using primary sources in translation. This Second Edition is a thorough revision that is totally compatible with Francis of Assisi: Early Documents, 1999-2002, the most up-to-date English translation of the primary sources.  It also includes new scholarship and new bibliographic references. More than half the worksheets of the previous edition have been revised, and others have been added.  The worksheets can be done by individuals or in groups or seminars. General readers will enjoy learning about Saint Francis and how hagiography shaped the public stories of medieval saints. Formation directors who teach the life and writings of Saint Francis should not be without this extraordinary sourcebook with its readymade lesson plans and insightful commentaries.  New City Press 202 Cardinal Rd. Hyde Park NY 12538  1-800-462-5980 1-845-229-0335 fax 1-845-229-0351 www.newcitypress.com [email protected]

Perry McDonald has been a member of the Capuchin Order since 1960. Since ordination to the priesthood in 1967 he has spent 17 years in initial formation work, 6 years in provincial administration, and the rest of the time in retreat and parish ministry.

A Hermitage Experience
Celibacy is for Loving

Martin Pable is a native of Wisconsin. He entered the Capuchin Order and was ordained to the priesthood in 1958. He received his doctorate in Counseling Psychology from the Catholic University of America in 1965. He taught courses in Pastoral Counseling at St. Francis Seminary in Milwaukee and at Sacred Heart Seminary in Hales Corners, WI. He completed extensive counseling with priests, religious and laity. He conducted retreats, workshops and continuing education programs around the country.  Besides retreat work and spiritual direction, he led programs in parishes, especially on topics of spirituality, evangelization, and marriage/family life. Br. Marty passed away in 2020.

Out of print:
A Call for Me? A New Look at Vocations (Our Sunday Visitor, 1980). Was republished as A Religious Vocation: Is It For Me? by the Diocese of Peoria.
A Man and His God: Contemporary Male Spirituality (Ave Maria, 1988). Jerry Schroeder is a member of the Capuchin-Franciscan Fraternity. The director of the St. Francis Institute Milwaukee, Brother Jerry is a poet who weaves his poetry with video imagery to invite reflection and contemplation. 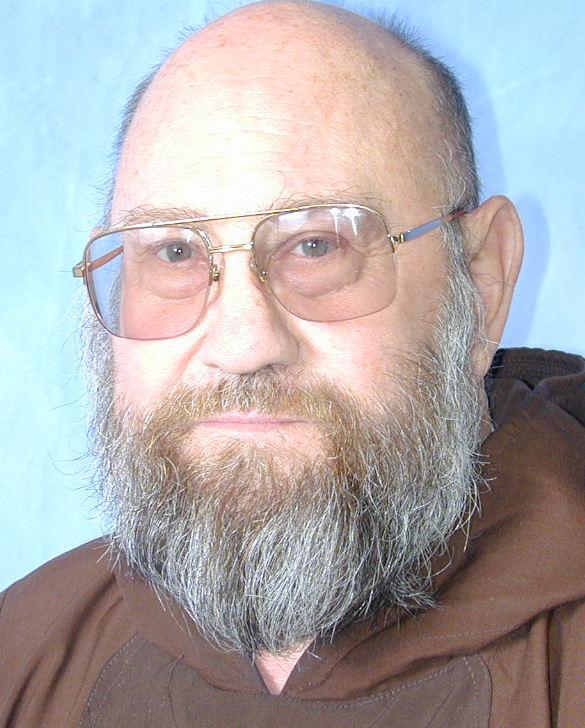 Br. Bob Wheelock joined the Capuchin order in 1958. Br. Bob worked in a wide variety of ministries, teaching in high school and at St. Louis University, he was an inner city pastor, a retreat master,and  hospital chaplain. Br. Bob passed away in 2020.

My Spirit Was Murdered, Now What
Sexual Abuse and You Understanding the Consequences
Street Games That Touch Our Hearts
Ministering to Adolescents Today
Gently Healing Bruised Reeds
Beyond Betrayal The Effects of Clergy Abuse
Encountering the Poor and Changing Lives