In the company of my OFS brother Michael Carsten of the Troubadours of Saint Clare fraternity of SE Michigan, I participated in the 16th annual Ecumenical Advocacy Days in Washington DC. Good Christians all were we, gathered to enter into the reality of and the need to respond to “A World Uprooted: Responding to Migrants, Refugees, and Displaced People,” this year’s EAD theme. We had three days to pray, prepare and share and one day to meet with our reps in the halls of the House and Senate office buildings to advocate for our brothers and sisters suffering within and beyond our borders. 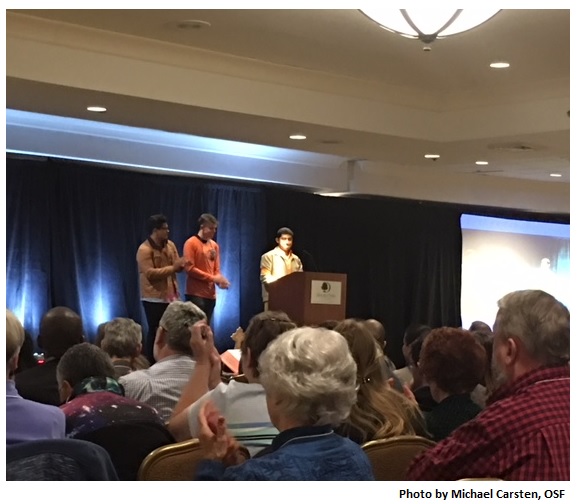 Scripture, I was told (our Protestant brothers and sisters straight-up know their Bible), contains some 90+ references to “welcoming the stranger.” One of the keynoters framed it this way: to leave one’s home is, if not the norm, then a persistent characteristic of the human journey, demonstrated vividly in the story of Abraham and Sarah in Genesis. To leave one’s home under duress, under the threat of violence or the reality of oppression or, in these last decades, because of the loss of your home due to climate change, is another persistent narrative. These realities persist, so why does the response change? Congressman Emanuel Cleaver of Missouri gave the closing address, and he pointed out that in the Bible three groups are continually held up as vulnerable and in need of compassionate care: strangers, widows, and orphans. In the US we have organized ourselves to sustain a commitment to two of these groups, indeed, we consider that this commitment transcends faith. But for the stranger – why the confusion, why the advances and retreats? 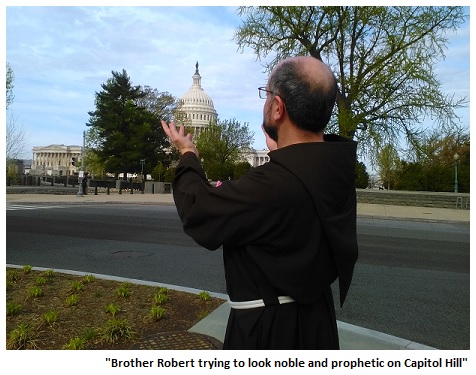 In the workshops we saw how macro factors link up to create conditions that no person, family, village or nation can address on its own, and why suffering people have to depend on the human family to help them. To name a few, past and present US support for oppressive regimes in Central America drive emigration, and then migrants are stigmatized or worse when they seek refuge among us. The Pacific island nation of Tuvalu is at high risk of disappearing owing to rising sea levels and changing conditions. Salt water is permeating what small growing areas there are on the islands, and rising ocean temperatures are killing the coral reefs, which mean fish stocks are shrinking. The sigh nearly of despair that came from the Presbyterian minister who represented the Tuvalu people stays with me. After the current administration withdrew from the COP22 climate compact, they resolved to no longer take US aid – which in total, for all nations and for all causes, comprises less than one per cent of the annual federal budget. The reverend told us “You have to be us in your country.” Globally, he asked that we help modify the UN convention on the rights of refugees to protect people feeling their homes because of climate change.

The work goes on. Please share in it as you feel called. The JPIC commission of the Saint Joseph Province welcomes your gifts.

We invite you to stay connected with the Capuchin Friars and their ministries. We have newsletters, e-news, reflections and more.