Capuchin Franciscan friar Anthony Kote-Witah to be ordained a priest 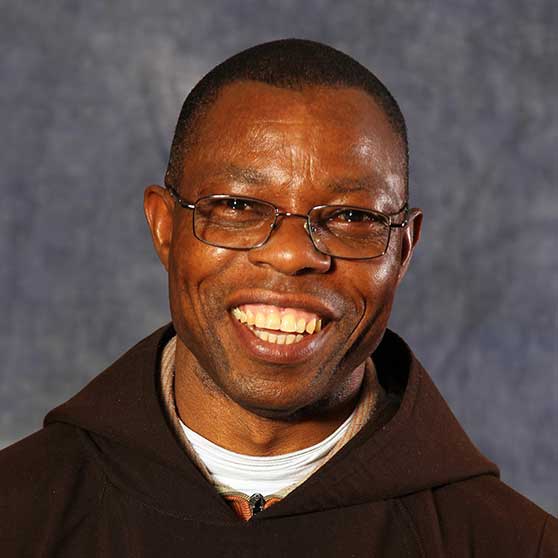 Br. Anthony currently ministers at the Solanus Casey Center in Detroit, a pilgrimage and spiritual center dedicated to Blessed Solanus Casey. Br. Anthony has ministered at the Capuchin Soup Kitchen in Detroit. In addition, Br. Anthony serves the congregation of St. Ambrose Parish in Grosse Pointe Park, Michigan as a deacon.

“I’m so excited to become a father of many children,” said Br. Anthony. “That’s a great way to describe the priesthood… It’s really about sharing God’s love with his people”

Following his priestly ordination, Br. Anthony’s first Mass, or Mass of Thanksgiving, will be celebrated at 10:00am CT on Sunday, April 28, 2019 at St. Ambrose Parish at 1012 E. 47th Street in Chicago.

Br. Anthony is a native of Nigeria. He left his homeland as a refugee and was eventually granted asylum in the United States. He entered the order of Capuchin Franciscans in 2013 and took his perpetual vows in 2018. Br. Anthony was ordained a deacon in 2018 and has completed his formation for the priesthood through Catholic Theological Union.

“I have had a great deal of chaos in my life, but many blessings as well,” Br. Anthony explains.  “I fled my native country, Nigeria; I lived in a refugee camp for three years; I was given asylum by the United States; and I was sponsored by the Catholic Social Services and found a life in Lincoln and then Omaha.  It was in the United States that I discovered my calling to religious vocation and joined the Capuchins.”

The Capuchin Franciscan Province of St. Joseph is a region of the worldwide order of Capuchin Franciscan friars covering the Midwestern United States with headquarters in Detroit. There are currently 163 friars serving in ministries such as soup kitchens, parishes, schools and retreat centers, in Michigan, Wisconsin, Illinois and Montana.  The Capuchins are funded primarily by donations, receiving no government assistance. www.theCapuchins.org